What is Adjunctive Behavior?

An example of adjunctive behavior, which is also known as schedule-induced behavior, is an experiment with rats. In this experiment, conducted by psychologist John Falk, trained rats to press a lever for food. The food however, was dispensed on an intermittent schedule. To combat this, the rats would drink water during the duration of waiting before pressing the lever for more food pellets.

The act of drinking water to combat hunger, is the behavior that emerges in adjunction to pressing the lever for food, which is the original act. Within this experiment there were a couple distinction Falk had made about the experiment; 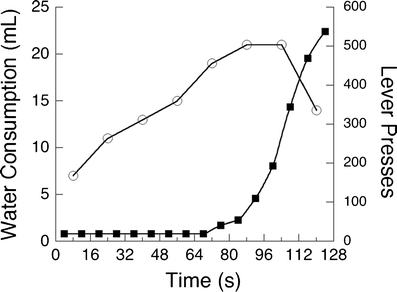