Post 2: Activity Anorexia Nervosa compared to those in humans

Many of us has heard of the eating disorder Anorexia Nervosa. But, have we learned the studies about it? There were scientist that compared the Activity Anorexia in rats in an experiment to the human version of this. There are several similarities between activity anorexia in rats and anorexia nervosa in humans. For example, just as activity anorexia in rats can be precipitated by imposing a restricted schedule of feeding, so too anorexia nervosa in humans usually begins when the person deliberately undertakes a diet to lose weight. This can start innocently enough, but an turn a bad turn when they start to obssess over it. Even more significant, anorexia in humans, as with anorexia in rats, is often accompanied by very high levels of activity  This may consist of a deliberate exercise program designed to facilitate weight loss, or it may be displayed as a severe sort of restlessness. For example, we can see it when people have this disease is when they block out their entire day almost dedicating it to exercise. Although clinicians have typically regarded such high activity as a secondary characteristic of the disorder, scientists Epling and Pierce suggest that it is more fundamental than that. Thus, as with activity anorexia in rats, many cases of anorexia nervosa in humans might result from the combined effects of a stringent diet and high activity levels. If someone wanted to really see how this disease affected humans, they can watch the movie "To The Bone" on Netflix. It gives a great idea on what happens to the disease and Keanu Reeves is in it, so that's a plus. You directly see a person's account on the recovery from the disease. It is not a documentary, but a movie based off of a real person. One difference between the Activity Anorexia in rats and Anorexia in humans, is that it is often coupled with Bulimia. This is when they binge, and then purge. It would be hard for the rats to do this as they are incapable of vomiting, but they do not binge. So what is the value in the activity? Such evidence suggests that both activity anorexia in rats and anorexia nervosa in humans might be maintained by what is essentially an addiction to an endorphin high. The people who were interviewed in the book stated that it turns addictive, and it almost makes them enjoy the hungry feeling. There are ways, however to try to avoid it. The activity anorexia model also suggests that people who are dieting and may be susceptible to anorexia should eat several small meals per day as opposed to a single large meal, insofar as rats do not become anorexic when the 1.5-hour meal period is broken up into several shorter meal periods. The more that we learn about the disease, the more we can try to avoid and treat it to avoid losing anyone completely to it. 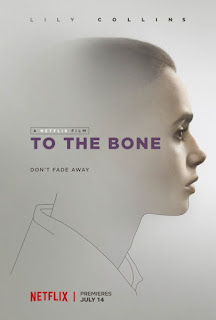 Posted by HaileyRoberts at 8:09 AM