Coca-Cola has created an association between their product and Christmas by creating several advertisements that show the drink in holiday scenes that convey feelings of happiness and festivity. Not only does this lead to Coca-Cola being associated with Christmas itself, but with the positive feelings associated with the holiday season (Oakley). 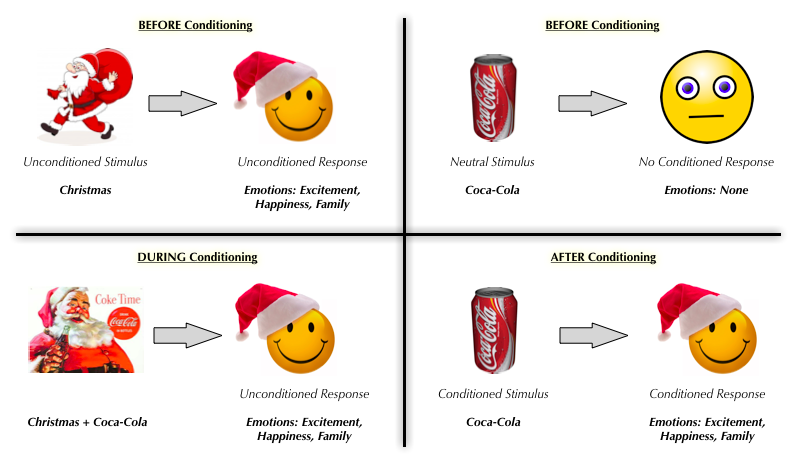