There has been some heavy controversy on using animals in research. But, with everything involved in studies, there are pros and cons to using this method of testing. The pros involved are that they are able to control their genetic makeup. They know everything about the animals genetic history and can control whether the animal has children or not. The scientists can also control the animals learning history. If the animal is used from when the animal was a baby, then the scientists can control what has been done to them and when they learn. Another advantage is that the scientists can strictly control the environment that the animal is in. This is more controlled then when the experiments are done on humans, because we cannot fully control a persons environment ethically. Lastly, some research cannot be ethically done on humans. There are some things that animals can endure, like drug addiction, and that the scientists can get them successfully off of it while with humans they would be addicted for life. 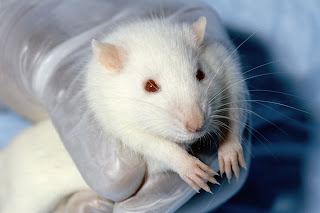 However, for these positive things with animal testing there are some negative arguments to contradict using animals for research is it is morally wrong and that animals have rights similar to humans, which some experiments disregard that. Another argument is that the animals are similar enough to humans, therefore we will not get an accurate conclusion with some experiments. If an experiment findings were too out of touch for humans, then it would be a waste of time. But, it is important to note that scientists do want the welfare of animals to be taken into account, therefore they would not purposely hurt an animal or put them through something completely inhumane. I, Personally are still against animal testing and will even buy cruelty-free makeup.
Powell, R. A., Honey, P. L., & Symbaluk, D. G. (2015). Introduction to Learning and Behavior. Cengage Learning.

Posted by HaileyRoberts at 11:48 AM