In 1961, Bandura performed a controlled experiment study to investigate if social behaviors, such as aggression can be learned by observation from young children. His experiment was a success.  The children who were exposed to an aggressive model were more aggressive than the children who were not exposed to an aggressive mode. This was a very important study, it teaches us what young children observe as a child, will most likely determine how they react to situations.  One examples of an aggressive behavior that can affect children is spanking.  Using aggressive punishment to discipline young children can have a negative psychological effect on them as they get older. This can lead to a child to become aggressive as they age engaging in more fights, bullying, etc.   Many people will say they were spanked as kid and turned our fine, but is that completely true? It’s important for adults to realize the way we treat children at a young age significantly impacts their behavior. 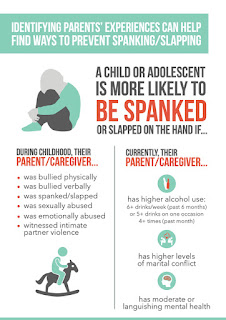 Posted by Bianca Mathieu at 2:26 PM