Skinner is mentioned in the textbook with his view on Self-Control. Self-Control, “With respect to choice between two rewards, selecting a larger later reward over a smaller sooner reward” (Powell). Skinner had several types of “controlling responses” which would be how people dealt with these types of choices. Physical restraint, depriving and satiating, doing something else, and self-reinforcement/self-punishment (Powell). The reason for me choosing this topic is I feel it can easily relate to what many students had to struggle with during this last year being in the midst of a pandemic, technology.

Technology has been a great resource in these past months with allowing students to be able to do their schooling virtually. What has not been so great is younger students and their addictions to technology worsening. It became a part of many students' days to spend up to 8 hours staring at a screen. When a screen becomes a person's source of entertainment, social life, and schooling it is hard to be able to lower screen time. Has the “new normal” made self-control for technology almost impossible? Will children that are growing up with more technology present have the idea of technology even being a possible addiction because it is constantly being integrated in every part of life? I think it depends on someone's belief system and whether or not technology use is the “larger later reward” instead of the “smaller sooner” one. Time will definitely tell with this topic. 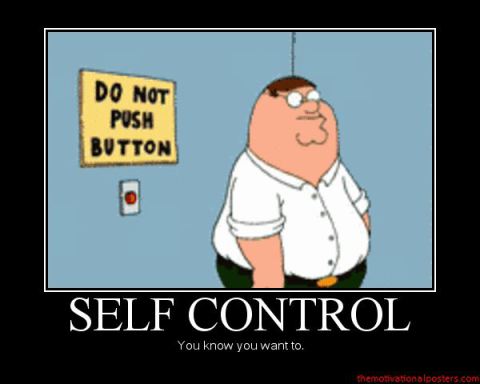 Posted by Katie Squindo at 3:44 PM