Classical conditioning is a major part of learning from a psychological standpoint. Classical Conditioning is a, “process whereby a stimulus comes to elicit a response because it has been paired with (or associated with) another stimulus (Powell). There have been many instances of classical conditioning being used in the entertainment industry. The Simpsons, The Office, Harry Potter, Seinfeld, etc. Sometimes an audience is not even aware of the fact they are witnessing Ivan Pavlov's learning through association.

Classical conditioning at times can be confused with operant conditioning because they are both changes in behavior. Operant deals with a voluntary behavior that leads to a consequence where classical is an involuntary behavior response and stimulus (Cherry). An easy way to understand the difference between these is with the picture below of the dog and the whistle wanting food and the mouse and pressing a lever and getting food (Cherry). 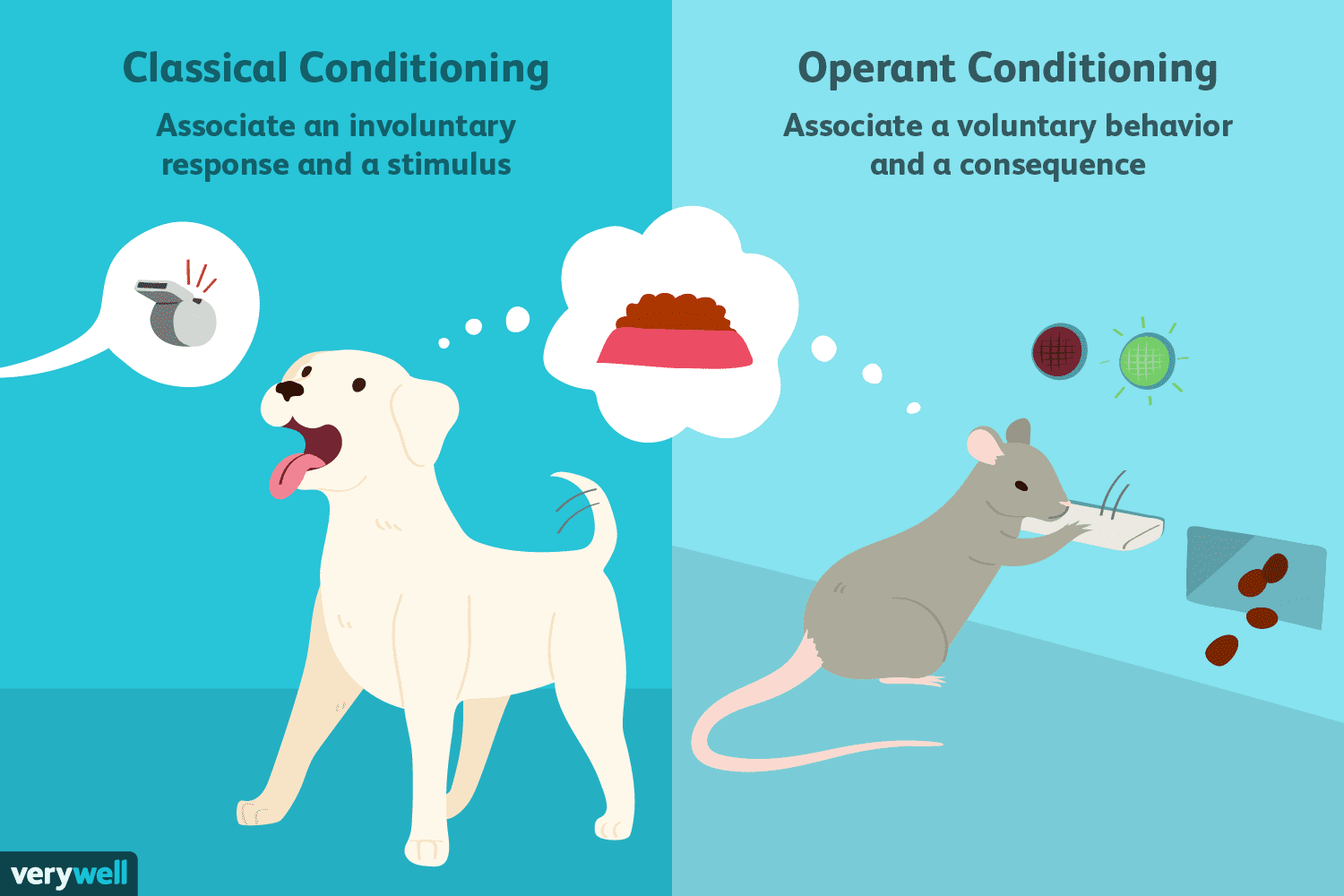 A clear example of classical conditioning in the entertainment industry can be seen in this clip of Dwight and Jim. Jim turns on his computer which makes a sound and then offers Dwight a Mint, After doing that a few times Dwight eventually puts his hand out when Jim turns on his computer even though Jim did not have a mint for him. Repetition of Jim doing this allowed for Dwight to expect a mint.

Posted by Katie Squindo at 4:12 PM