Chapter ten was a very interesting chapter because it brought in a very new form of psychology that shifted into more modern psychology. Three German psychologists Max Wertheimer, Wolfgang Kohler, and Kurt Koffka changed psychology from the antimentalist psychology that dominated Germany for almost half a century. This new approach had to do with a much more open minded view on things as well as critical thinking, and problem solving. Werthmeimer made the discovery of what he would call Gestalt Psychology through perception of movement. He believed that perception was not what is seen through the retina but rather in the mind, where discrete sensations organized a meaning of its own. 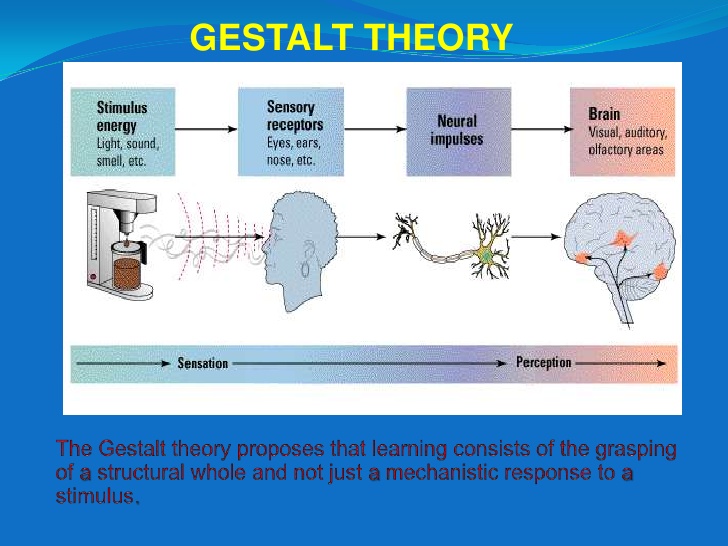 I liked this chapter because the Gestalt psychology dealt with emotions, thinking, learning, creativity, and most importantly aspects of human life. In contrast to Wundtian psychology, which lack all of this details, leaving it very hollow and confined to an antimentalist category. Gestalt psychology revolved around the mind based on demonstrations and experimental evidence rather than metaphysical speculations and rationalist arguments. This was huge because this paved the way to new learning, motivation, and thinking. This allowed Werthmeimer to find ways to teach children who were deaf and mute. In this experiment Werthmeimer discovered that the children learned not by the number or sizes items used in the demonstrations but rather on the perception of a stable configuration. In addition Gestalt psychologists discovered that people tend to remember things that they forget rather than things they remembered and already completed. For example if a person was given 7 different chores, then they will likely remember the chores they forgot to do. Furthermore, our minds tend to focus attention on a meaningful pattern and ignore the rest of the data or the background. 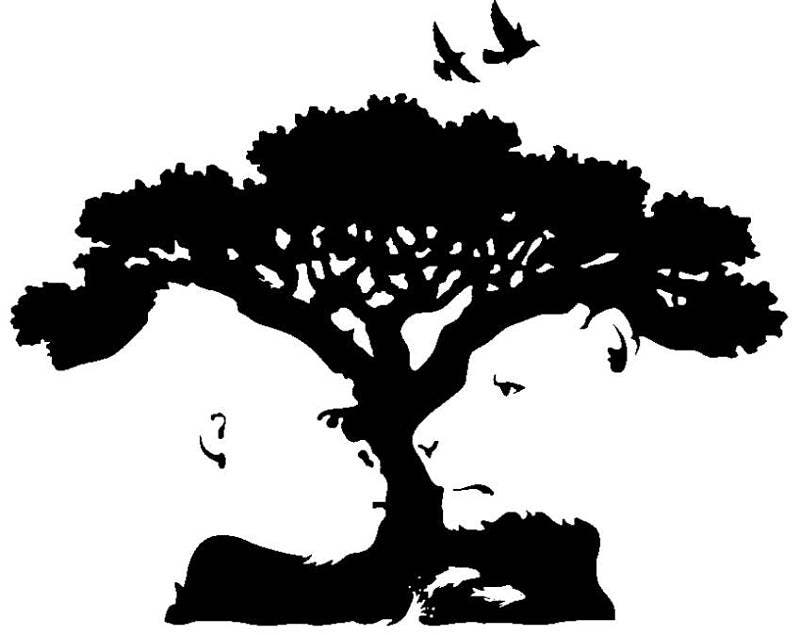 Another breakthrough discovery was made by Kohler between 1914 and 1920 on chimpanzees which became almost as famous as Pavlov's experiments with the salivating dog. He hung bananas in a room with hungry chimpanzees. The bananas were out of reach for the chimpanzees but they were given sticks and boxes to help reach the bananas. Thus through the experiments, Kohler showed that chimpanzees can use critical thinking and solve problems. Later similar types of comprehensive tests were given to children where the treats were candy for the children. According to the author Kohler also used this experiments on chickens, even though chickens are notoriously stupid. However through much trial and error, even the chickens were able to pick up the pattern and routine. 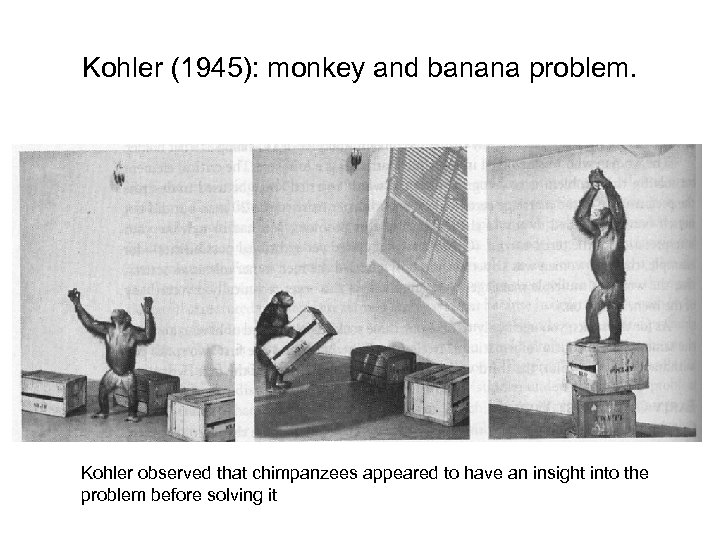 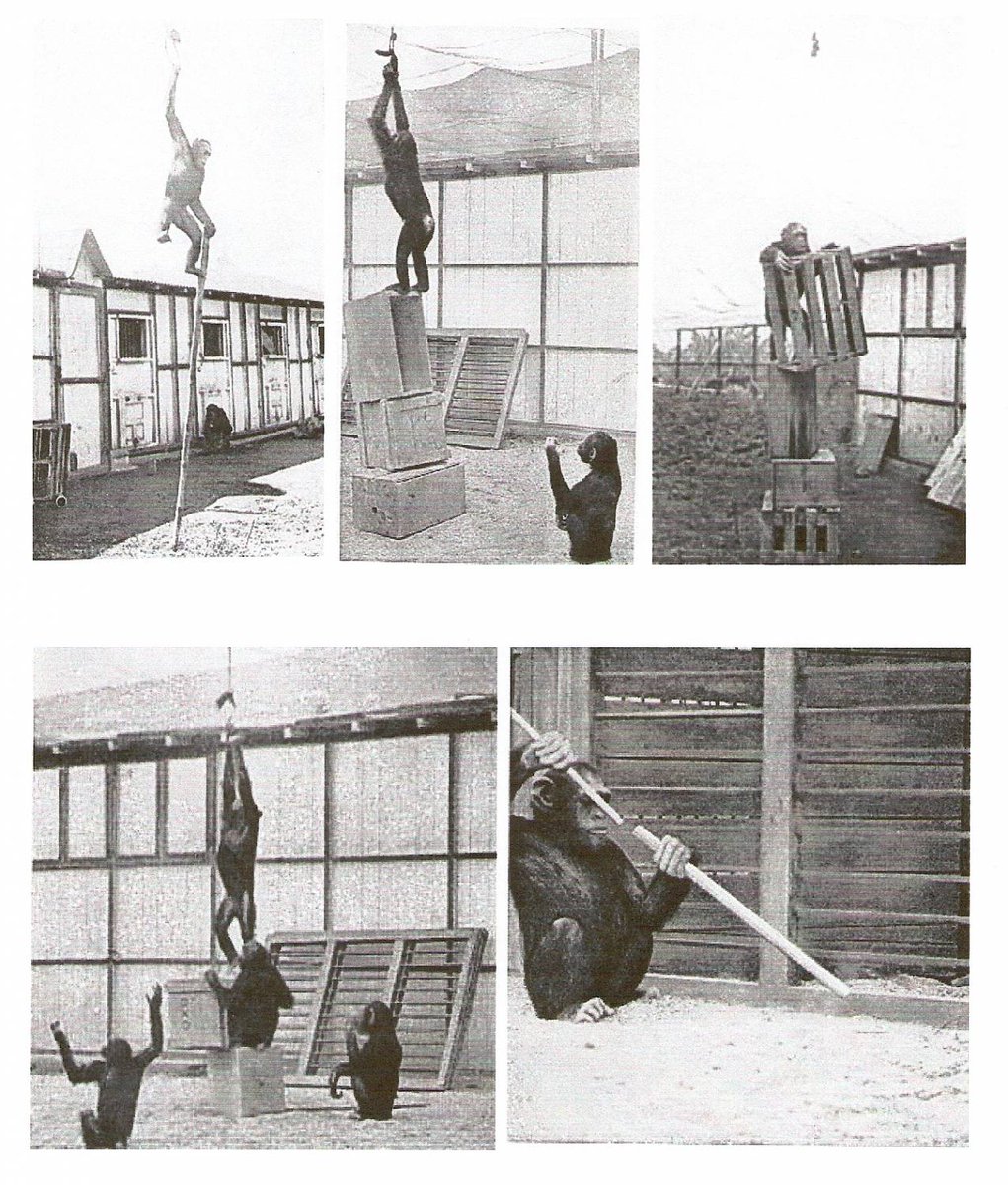 Information - The data that the author uses is that memory is an aspect of epistemology that the Gestalt psychology was based on, however its the mind that makes the final rationalization.

Implications - In order for a person or animal to solve a complex problem they need to be able to think freely. In addition, they have to use their memory as a tool for example the chimpanzee experiment. The chimpanzee try and try again to reach for the bananas, but they are way out of reach. However, they see that there are boxes on the ground, so therefore they assemble the boxes on top of another another to reach the bananas. This complex way of thinking has to do with memory and more importantly the mind.

Conclusion - In conclusion, I like that Gestalt Psychology uses the mind to allow for complex thinking and generate new ideas. I though that this was definitely a right step in the right direction to build on top of Wundtian psychology. I am not saying that there was anything wrong with Wundtian psychology as that time, however with the Gestalt psychology there was new aspects of emotions, thinking, learning, and creativity, and most importantly, aspects of human life.
Posted by MD Amin at 3:13 AM