Book Report : This Explains Everything

This Explains Everything is a book that in my eyes, I can see being an info junkies dream book. Written by John Brockman, known as the creator of the world’s smartest website, the Edge.org, this book covers a little bit of everything ranging from complicated scientific theories to little known facts and curiosities that you may encounter in your daily life. Brockman did this by reaching out to countless experts of their respective field asking them to write a brief description about a specific topic that they would be knowledgeable on. He then compiled all of the answers of these questions into one book which covers topics ranging from astrophysics, psychology, philosophy and religion. Thus, the book lives up to its namesake of explaining everything, as there feels to be no topic that was left unturned.


One particular chapter I found very interesting was titled “Epigenetics-The Missing Link” by Helen Fisher. At a very basic level, epigenetics is the biological version of explaining the way the environment can influence an individual. But upon diving deeper into this chapter, it’s so much more than that. While epigenetics does work in a similar way a person from a psychology background thinks about environmental influence, it goes further to explain that the environment has the ability to alter our genes by either activating certain genes or suppressing them from activating. At times, things we may have previously attributed to a learned behavior based on past experiences can actually be attributed to epigenetics altering our gene expression, making certain behaviors more common or less common. I particularly liked this chapter, because coming from a psychology background myself, seeing something from the field of biology that actually made sense to me really caught my attention. The idea of epigenetics complements the ideas that things like how a child is parented, where they grew up, their socioeconomic status, and their education can all affect how that child grows up and what type of person they become.

Another chapter I enjoyed was “Group Polarization” by David Myers. I was previously familiar with some of Myers’ other work, so when I saw his name it caught my eye. This chapter dives into the idea behind how being surrounded by like minded peers can amplify one’s initial feelings towards a specific topic. In group discussions, being in a group of like minded peers tended to individuals to feel less fear and take more risks. This is because when surrounded by those who think alike, the fear of rejection disappears, allowing for one to be more brazen or express their true feelings. This phenomenon exists in almost every aspect of our lives, in politics, the military, the workplace, and in classrooms. Myers also presents the very extreme idea of how terrorism is just group polarization. Very rarely, if ever do we see terrorists act alone and on their own beliefs. Often, it is the work of a group with feelings very extreme, feeling outcast from society or harboring a large amount of resentment as a group, to the point where they just snap and commit the acts they do. In the case of “organized” terrorism, we can look at some groups as organized extremists who all harbor similar feelings, whether they be religious, hatred, shame, etc. and they act on these feelings as a group committing an organized act of terrorism. However, if you were to separate these individuals from their group, it can almost be guaranteed that they would not act in the extreme ways they do. The group mind allows them to express their truest feelings without any fear because they know they are surrounded by like-minded individuals. 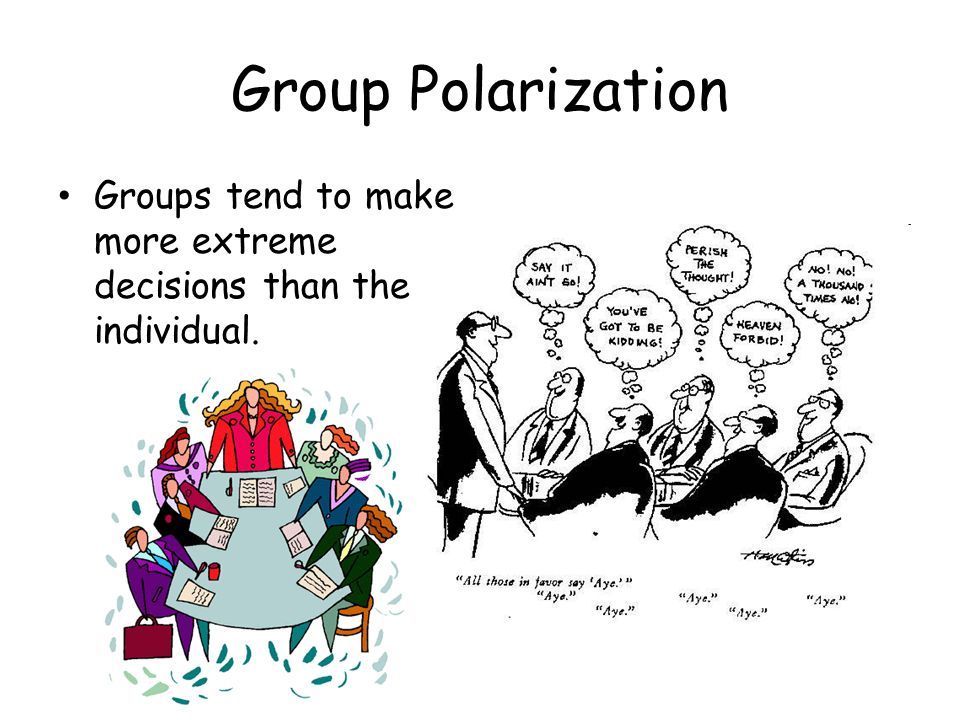 I was also very interested in the chapter titled “The Limits of Intuition” by Brian Eno. When many people tend to think about what intuition is, we may often think of it as being more reliable than reason or logic, because it’s our instinctual gut feeling and we should follow it. While this idea of intuition is not entirely untrue, it’s also not entirely true. Intuition lies somewhere between our instinctual gut feelings and our own logic and reasoning, combing the two unconsciously to give us the best prediction based on what we know and what we feel. An example presented in the chapter of how intuition is used is to imagine tying a ribbon around the entirety of the earth on its axis. The ribbon ends up tied a bit too loose, so there is an extra meter of ribbon. The question asked is if you could evenly distribute this extra meter of ribbon back around the globe, so now the ribbon was hovering just slightly over the surface of the planet instead of hugging it tightly, how high would the ribbon be floating. Most people’s intuitions would tell them that a meter spread out across the entire globe could only mean this ribbon is hovering fractions of a fraction of a millimeter off the surface, yet in reality the answer is around 16 centimeters. The only people who tend to think this way and get close to the answer are mathematicians and dressmakers. When you think about it, this makes sense, two people who in their professions are working with similar scenarios. In the case of the mathematician, this is just another equation to figure out and solve, so their knowledge of the subject of math allows them to make a far more educated guess than most people. For the dressmaker, they work with ribbons and cloths regularly, so they understand how having extra slack on a material may work and how to best distribute it in order to create a finished product that still looks presentable and functions. Both these people don't actually solve the problem, but they have prior experience in their lives which gives them an edge when asked an almost impossible question, allowing them to come up with a better answer. Is this intuition, yes, but it’s also these people applying reasoning and logic to their intuition. I found this chapter to be intriguing how it combined things seemingly thought to be opposites, and showed how they each benefit off of one another.


Overall, I thoroughly enjoyed reading this book, and would recommend it to anyone just looking to learn something about anything. While there were some topics in the book that just didn’t click with me, I can say with confidence that the number of topics that did far outnumbered them. Another part about this book I liked is how each topic isn’t connected. So in the event there was a topic I just had to skip, I didn’t have to worry that I wouldn’t have some prior knowledge because I skipped ahead. I can faithfully say that after finishing this book, there were some lessons that stuck with me, and knowledge that I will be implementing into my daily life.
Posted by Marsalis Ragin at 4:36 PM