Chapter 10 explores the foundation of Gestalt psychology and what it entails. Unfortunately, there is no exact definition for it, except that it refers to the area of study where researchers try to explain the idea of perception. Furthermore, this perception is explained in 'Gestalts' which is otherwise known as patterns or configurations. One fundamental of Gestalt psychology was given to us by Wertheimer's research where he said the whole is a lot different than the sum. This plays a big role when Kurt Lewin is introduced and we learn more about the Zeigarnik effect. Lewin applied Gestalt psychology to individual and social behavior and gave emphasis on interaction between a person and their environment. The Zeigarnik effect, developed by Bluma Zaigarnik, says that humans have a tendency to remember uncompleted tasks rather than completed tasks.

One question I would have to ask, if I had the opportunity, is how this research came to be? How did the researchers recognize perception? How did researchers realize that our brains were operating in perceptive ways? I liked this chapter a lot because I can relate it to my 2 year old nephew. He thoroughly enjoys watching youtube kids when he eats. He will watch a range of shows from learning animals, to shapes, to colors, e.t.c. If you were to point to a color and ask what color it is, he would tell you. Until the other day when my sister-in-law noticed him reading and was quite shocked. So my brother wrote down a list of words and my nephew began to read them. He doesn't know how to read, but he used his sensorimotor learning and association with the youtube videos to the letters written on my brother's phone. So, the concepts that Koffka wanted to express was this idea of perception and how our brain uses association and sensory motor skills to learn. However, the zeigarnik effect was a fascinating theory to learn about. Have you ever seen those memes on social media asking "what color do you see in this dress or shoes?" or "do you hear laurel or yanny?" Your unique point of view is individual to your brain. Have you ever taken a test and afterwards talked it over with your friends but could only remember the questions that you weren't sure of? That is the zeigarnik effect and how humans have a tendency to remember uncompleted tasks rather than completed ones!
Try these out...
1) https://www.youtube.com/watch?v=7X_WvGAhMlQ
2) do you see a blue/black dress or white/gold dress? 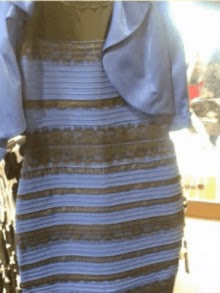 3) can you close the photo? 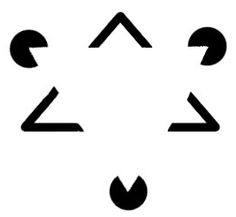