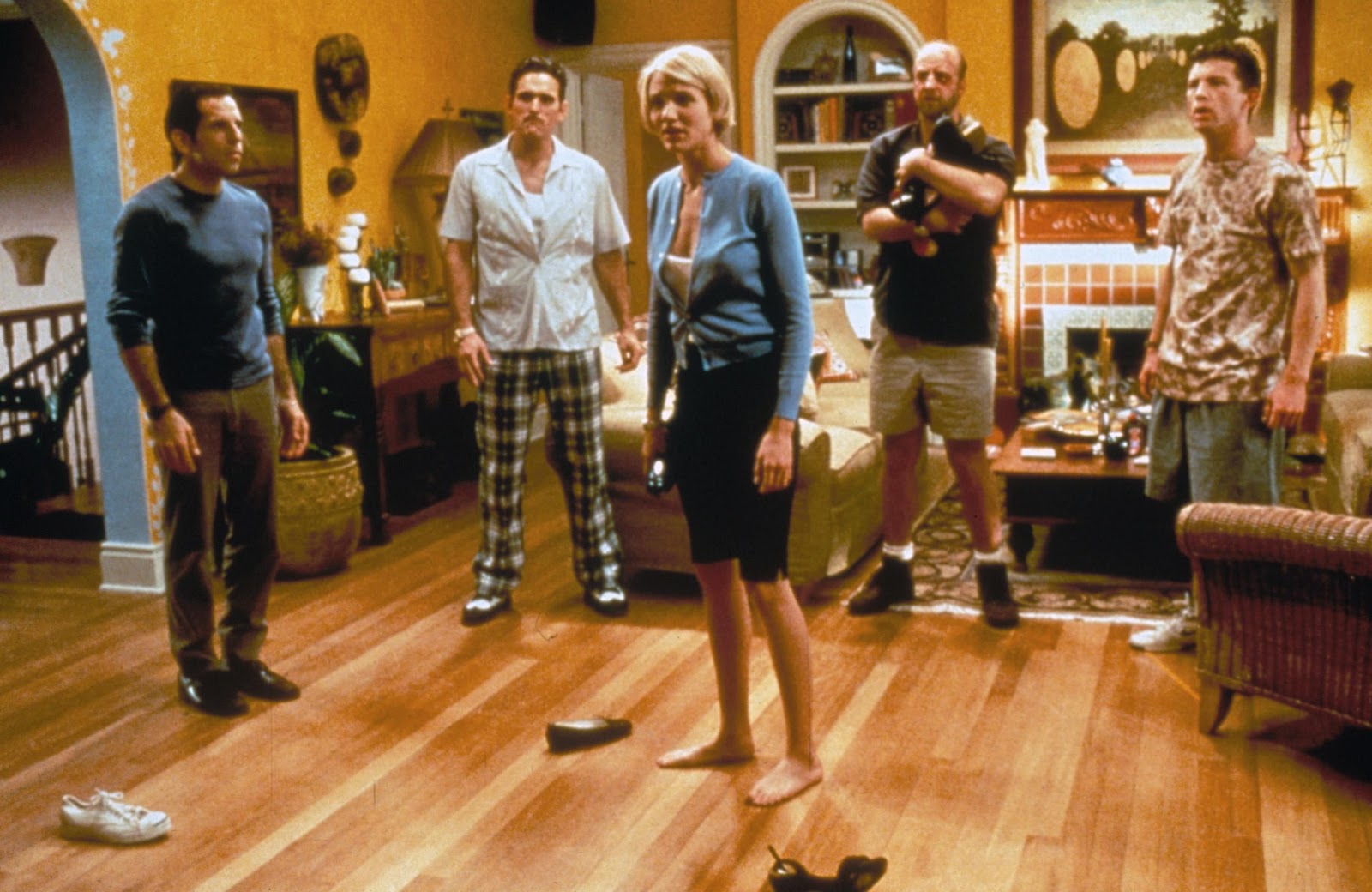 For anyone who has dated someone, the peak shift effect may explain some of the ways in which you’ve entered back into the dating scene post-breakup. The logic behind the peak shift effect is that “the peak of a generalization gradient following discrimination training will shift from the [discriminative stimulus] to a stimulus that is further removed from the [stimulus that signals the absence of reinforcement]” (Powell et al., 2017, p.310). For example, the figure below shows tone discrimination training, with the first graph displaying responses prior to training and the second graph showing the peak shift effect and how the tone above the discriminative stimulus has the strongest response. 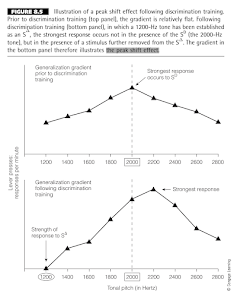 Another example of the peak shift effect can be found in the film There’s Something About Mary. In the film, there are multiple men after Mary's heart. Let’s say that Mary’s attraction to each of her suitors is based on kindness versus creepiness. Dom, who stalked her and is very creepy, serves as the stimulus that signals the absence of reinforcement. Therefore, Mary has little to no attraction to Dom. Meanwhile, Ted is very kind and serves as the discriminative stimulus. Ted is represented as the target or middle response, as Mary finds him attractive. Healy is a third man who comes into the picture and acts even more kind and caring than Ted. In the film, Mary dates Healy and this can be connected to the peak shift effect that makes Healy appear even more thoughtful and less creepy than Ted. Healy is also even more dissimilar to Dom, which makes him more attractive to Mary.

Now, if you have seen the movie, you know that Healy is actually not a good guy. But hopefully, the example above helps bring a little more clarity to the concept of the peak shift effect. This phenomenon is relevant and applicable to many romantic situations humans experience, as well as any other types of discrimination training that can occur. Whether it be the strength of a tone or strength of attraction, researchers can use the peak shift effect to understand why certain responses are elicited and how animals discriminate between various stimuli. I think the peak shift effect is a great theory that explains the differences in our responses and how we compensate at times to try to achieve something better.

Posted by Melissa Tucker at 6:43 PM