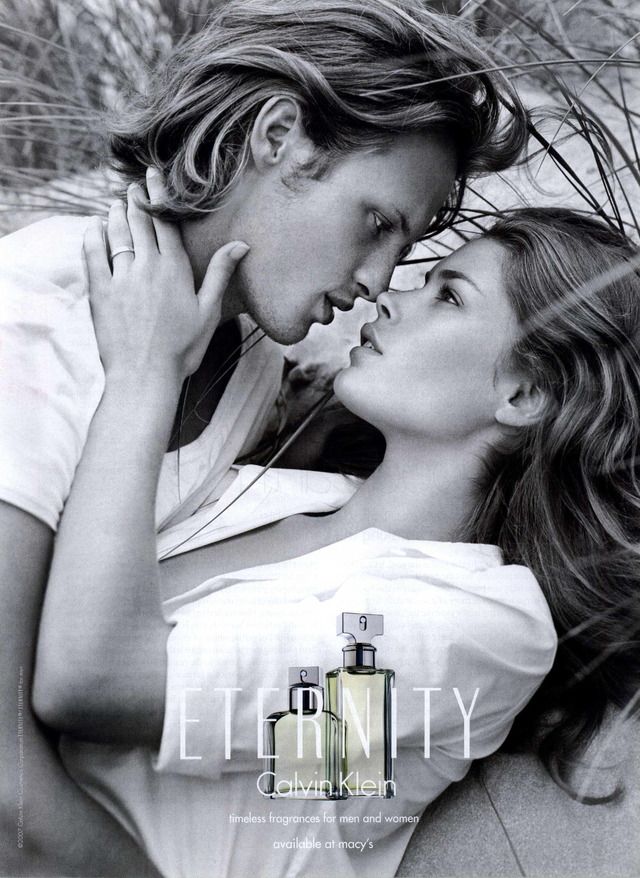 However, this has not stopped advertisers from utilizing third-order conditioning to try to entice customers into buying products. As seen in the above image, fragrance ads notoriously use higher-order conditioning and pair their products with attractive individuals who appear romantically involved. Although third-order conditioning is not as strong as first-order conditioning, it still resonates with audiences and conditions us to elicit whatever response the company desires. Another example of this can be viewed in this Fiat commercial in which a sexual encounter is implied while driving a car.

Posted by Melissa Tucker at 6:20 PM