Throughout psychology, there is much debate circling about how the brain works. Do we have complete control over our thoughts? Are there other influences that control us? Is it all about our subconscious? Multiple theorists have suggested all of these possibilities. Theorists have argued for decades (honestly, for probably over a century) about how we learn and obtain information, behaviors, etc. For instance, Ivan Pavlov's experiment with dogs and feeding with usage of metronomes demonstrates the theory of classic conditioning. There are many different aspects of classic conditioning, like acquisition, which is the process of developing and strengthening a conditioned response through repeated patterns of a NS with an UR. This process proceeds rapidly early on, and then gradually levels off. Overall, the theory of classic conditioning contains many aspects (as mentioned previously), but the root of it is with an unconditioned response with an unconditioned stimulus, and then a conditioned response to a conditioned stimulus. How much merit does this theory have? Just ask Pavlov's dogs. 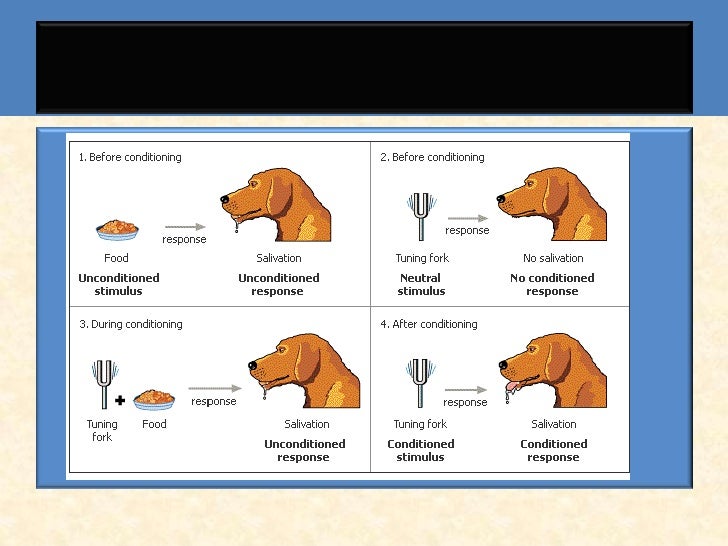 Posted by Olivia Stragapede at 9:29 AM