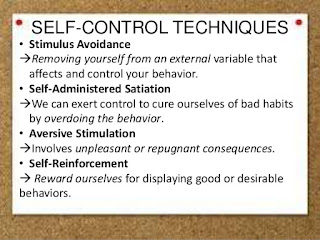 In the Mischel Experiments, four year old children were tested on self control. This experiment was known as "The Marshmallow Test." Children were given one marshmallow that they were told they could eat at anytime, but if they waited 15 minutes they could receive another. The children in this study were later interviewed as adults and those who showed less self control with the marshmallows also struggled with problems in relationships and  substance abuse. It is now believed that happiness and success is correlated with higher levels of self control.

Posted by Kerry Sullivan at 9:37 AM