A Canadian-American Psychologist by the name of Albert Bandura conducted a study called the Bobo Doll Experiment. This study on aggression was made to demonstrate how children imitate behavior through the observation of adults.

The information in the experiment suggests that guys are to some degree increasingly inclined to copy physical animosity—an exceptionally manly composed conduct—than are females, with male subjects repeating more physical hostility than female subjects; there were, notwithstanding, no distinctions in the impersonation of verbal animosity, which is less sex-composed. Also, both male and female subjects were more imitative of the male conduct models than of the female models as far as physical hostility yet were progressively imitative of the equivalent sex models as far as verbal animosity. 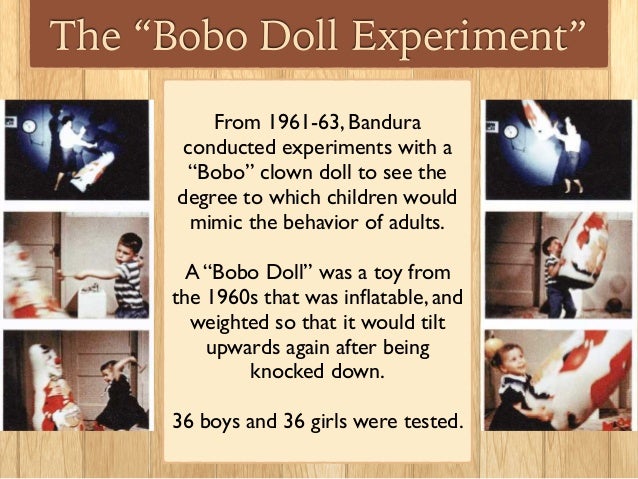 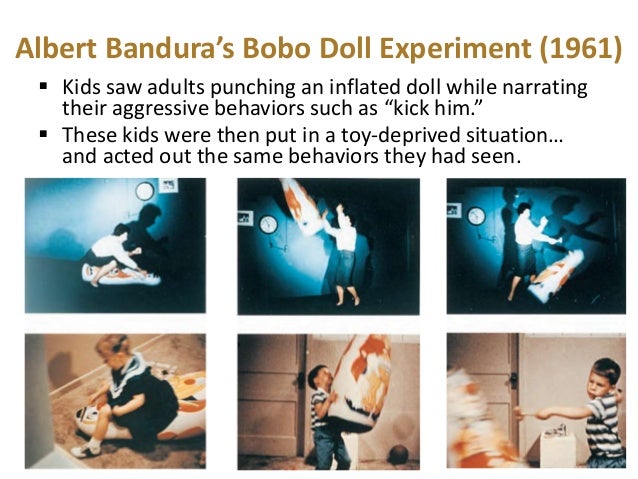 Posted by Dominique Blake at 6:55 PM