Overt vs. Covert Behaviors

Overt vs. Covert Behaviors

The debate between overt vs. covert behaviors is over. Let us talk about what the differences are between these two. First and foremost, overt behaviors are open behaviors, and these can be seen by the naked eye. On the contrast, covert behaviors cannot be seen, and an example can be daydreaming or meditation, since we are in a transcendent state where no one can judge what is going in our minds.

List of a few examples of both covert and overt types of behaviors: Hope you can see the differences that stand out. It is actually quite interesting and a new experience. Enjoy!

(something that can be directly seen or observed would be the right term);
Dancing, Playing Music, Playing a sport, and Singing are some nice examples.

2. Covert: Something that is hidden. An example would be Imagining your new dream home and what it will look like in the future. Another example can be drifting into a new dream from escape of having to put your mind to work in a school classroom. You may dream of going to the pizza place or the new ice cream shop down the road. It would be a covert behavior.

I really enjoyed reading this chapter. I learned a lot through this class and through the reading of other people’s posts as I gained more and more knowledge as a result of that.

Look at the wonderful picture below to see a visual example of how overt and covert behaviors differ. It’s interesting to say the least. 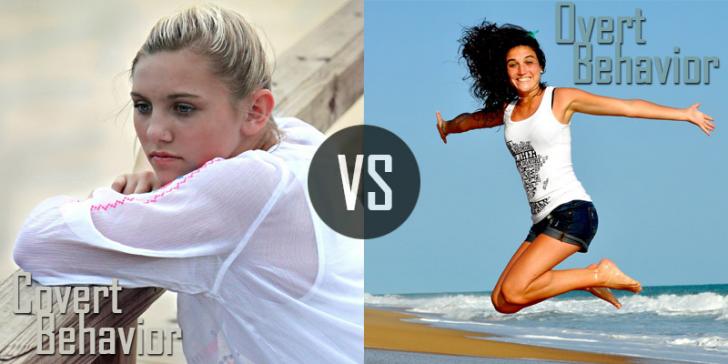