Why staying on track is so hard.

Have you ever tried a diet then during the process of healthy eating you fall into the temptation of eating junk food? According to the small-but-cumulative effects model, each individual choice on a self-control task has only a small but cumulative effect on our likelihood of obtaining the desired long-term outcome. The small-but-cumulative effects model readily explains how a self-control program can gradually deteriorate. Each temptation ahs only an insignificant effect on our long-term goal, individuals repeatedly are tempted to indulge themselves “just this once,” and easily indulge themselves attaining their long-term goal.

An example of this would be starting a diet. For the first few days or weeks you do great and eat healthy. But there is always that one person who brings that donut or brownie to a party, so you become tempted. You think to yourself, “Well… I have been eating healthy, one brownie won’t hurt right?” That one brownie turns into binging on pizza, cookies, and so on. (I’m not speaking of personal experience or anything!) But the question is, why do we then typically continue on that unfocused attitude for the next few days rather than going back on track with our initial goal? One possible explanation for this pattern is the choice between healthy and unhealthy eating has only a small but cumulative effect. A healthy eating program only makes sense if an individual sticks with it for a long time. The longer you remain on that same pattern of eating healthy, the more you are ensuring that you will make the same decisions in the future. 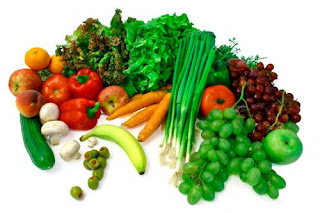