Testosterone Rex is a book written by Cordelia Fine who is a psychologist and professor of history and philosophy of science. This book discusses and debunks the many “myths of sex, science, and society.” Cordelia Fine dives deep into topics pertaining to sex categories (whether you are male or female) and how this topic divides us in the social world. The testosterone rex view is a myth that tells us that men and women evolved different natures. The viewpoint is that male and female are two different types of people and have two different types of brains, not just two different reproductive systems. Fine uses research and studies to address the myths and stereotypes throughout history and in todays society that pertain to sex and gender differences.

This chapter focuses on the sexual differences between male and female. Cordelia Fine starts the chapter by discussing the fact that men could ejaculate 100 times during the time it takes a woman to complete a menstrual cycle that releases one ovum. Through this, and many other examples about how men can produce more offspring than women, it made me think about a statement that was stated in chapter one about men’s sperm being “cheap” and a woman’s egg being “expensive”. Although a woman cannot produce nearly as many offspring as a man could, women have greater reproductive sex because a man could ejaculate 100 times without it being successful. Through this, Fine discusses more about the sexual double standard between men and women through the fact that if women accept casual sex they are labeled a “slut” but if a man accepts casual sex they are applauded and praised for it. This chapter proves there is a double standard between men and women through studies and facts.


Chapter 5 started out by indicating that men seem to be the more risk-taking gender. It is stated that women being risky is actually a turn off for men, and that men look for women who are “good mates” with traits like a good hip-to-waist ratio that would lead to a high reproductive capacity. In reality, women and men are very similar in their risk-taking frequency, but there are many types of risk to consider. Being risky in one area does not mean you are overall a risky person. Risk is subjective based on each individual, which may not be a man versus woman proposition. Many of the quoted surveys were likely biased. For example, women compete in cheerleading competitions and horseback ride, both of which are incredibly risky activities physically. The chapter went on to explain that risky behavior has the white male effect, not necessarily a male versus female difference. An interesting point made by the author is that white men tend to have a lot of power in the world (economically and politically) so they do not have to worry as much as women and nonwhite men. Social identities also play a major part in this perceived male risk taking. In the workplace, women are “expected” to be nice and often negotiate their salaries less than their male counterparts. In the workplace, men are seen as risktakers simply because they rise to positions of power and are judged less harshly than their female counterparts. There is not a gender difference when it comes to risk taking. However, due to the world’s social norms and identities, there is a perceived difference between men and women and their risk taking. 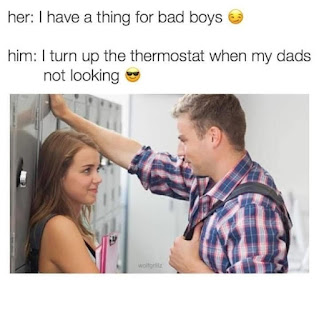 Chapter 7: The Myth of the Lehman Sisters

The first question asked in chapter 7 is, “If Lehman brothers had been Lehman sisters, run by women instead of men, would the credit crunch have happened?” This chapter links back to chapter 5 which was associated with risk-taking. It was discussed that men are natural risk-takers, but through 18 studies that were analyzed, it was found that between men and women the differences in risk-taking are not as big as to be assumed. Out of the 18 studies, the 8 most precise were looked at and discovered that there was about a 54% chance to pick a man at random to be more financially risky than a woman at random. This was surprising to me because it is always seen that men are the risk takers and women go the “safe” route, but this statistic proves that those assumptions are wrong. It is unclear what would have happened if the Lehman brothers were actually sisters, but through this chapter it is proven that men and women are not as different as we think when it comes to be financially risky.

Personally, I really enjoyed this book and learning about a topic I previously did not have much interest in. When we were going through the book options initially at the beginning of the semester this book and one other book stood out to me, but I ultimately chose this book because it was a topic I did not know a lot about and this was my way to gain knowledge about this issue. I would recommend this book to anyone, especially people who have interest in gender inequality and differences and an interest in human behavior. I found this book to be extremely educational but do it in a fun way. Cordelia Fine uses humor along with many studies to debunk the myths and stereotypes placed in todays society. She also includes her point of view from not only a psychologist and professor but also a mother. I think that using humor and putting a personal side into the book made it an easy read while being informative and teaching what needs to be heard.