When BF Skinner wrote the book Walden II in the late 1940's he set off a controversy. The book called for a community living utopia with socialist ideals. Skinner himself describes the community as a type of non-violent anarchy. One of the most controversial issues was the call to disband the traditional family and involve the community in child rearing.
While I don't entirely agree with Skinners book I think the concepts are intriguing and worth thinking about. If anyone gets a chance to read this interesting book you will be greatly rewarded. The book's concepts are extensions of what we will learn about radical behaviorism in our text book and lectures. 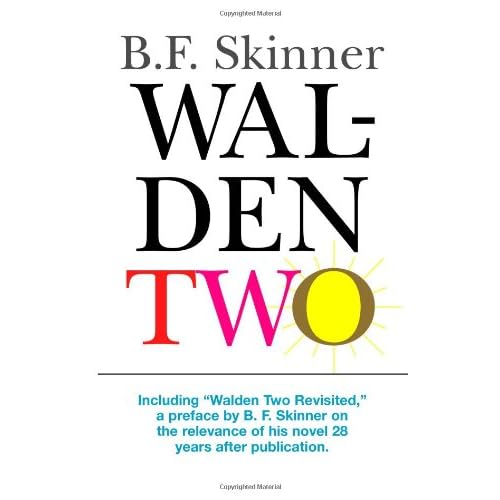