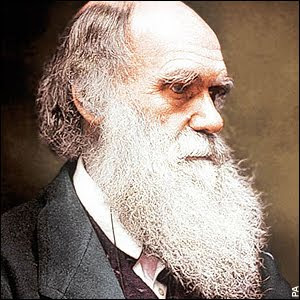 Charles Darwin also known as the " Naturalist" believed that we as individuals evolved in a slow process through different forms in a natural selection. Darwin felt that we as humans grew and developed in large part to the Earth's shaping and that it's natural forces had a huge impact on us as humans. Darwin's theory strongly suggest that each generation builds upon the works and benefits of the preceding generation. This is where Darwin belives that each generation is a continuous process and is the major source of evolution of species within this given society. Darwin also states that we are all descendants of common ancestors. He also feels that humans have passed fittest traits down through generations to each other to continue the survival of the species throughout history. Many well known scientist have bulit upon his theory today and most agree with his theory.
I am a Baptist and a very faithful church member and worker within my congregation. I strongly believe that God was the great creator of this beautiful world I call home, but I also feel that Charles Darwin's theory is accurate that each generation proceeds the other and that we evolve through science and a slow continuous process.I would have to say that I believe in the "theistic evolution" that God created the universe billions and billions of years ago with the underlining thought that all current life forms human and non-human would emerge and grow through history. This is way I believe that science and religion can coexist and that we as individuals grow and evolve throughout the generations of now and thus after.
Since we exist between natural and super-natural realities, we should not place faith and science in competition with each other, but rather exercise each discipline to its fullest advantage.